Even as America enters its nine-year run in a bull market, the sheer number of people making year-end financial resolutions is at an all-time low, according to the ninth annual “Fidelity Investments New Year Financial Resolutions Study.” The reason? Because so many “are feeling better about their personal financial situation and are generally optimistic about what 2018 will bring,” according to the study.

In fact, only 27 percent of respondents say they intended to make a financial resolution this year. That’s down 16 percent from the high of 43 percent who answered similarly heading into 2014, and this is what could signal a worrisome sense of “inertia.”

“Now is not the time to take one’s foot off the pedal, because good financial times can represent the best opportunities to help achieve your goals and establish saving and investment habits that can get one through good times and bad,” warns Ken Hevert, Fidelity’s senior vice president of retirement.

So what were this year’s top three resolutions?

The same as last year’s: save more, reduce debt, and spend less. However, when you look at those respondents who ended 2017 feeling better about their finances, 66 percent singled out being able to “save more” as a major factor.

Dig down to Millennials – who recently surpassed Boomers as the nation’s largest living generation. Not only did 78 percent of those surveyed report that higher savings had improved their finances, but 90 percent believe they’ll be even better off in 2018.

But that’s not to imply that all is well.

Fifty-seven percent of all respondents cited “unexpected expenses” as a top concern for 2018, and a large chunk of them say they’re planning on increasing their emergency funds based on Mother Nature and the natural disasters of last year.

As far as your finances go, know that two of the best strategies that worked for the study’s respondents were:
• Breaking a goal into smaller, more attainable targets.
• Rewarding yourself for hitting milestones along the way.

More in-depth tips from Fidelity, titled “3 Ways to Succeed at New Year’s Resolutions,” is available at fidelity.com/resolutions. And for those who really want a financial reality check, including tax guidance, there is “Five Things to Review Annually”.

Fidelity’s Hevert even has a piece of advice for those who disdain financial resolutions entirely: “Make saving and investing a permanent habit, not just a once-a-year vow.” 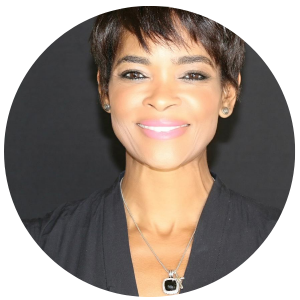