The difference between judicial and non-judicial foreclosure states is relatively simple, but an important and often misunderstood part of the foreclosure process. There’s a lot of confusion among homeowners about this issue, so here’s some clarification.

A “judicial” state requires a judicial review of the foreclosure case before it can be officially processed. The foreclosure process actually begins by filing a Lis Pendens (“a lawsuit pending”) document in a court of law.

The following are the states that require judicial review:

In “non-judicial” states, lenders or trustees file a Notice of Default with the county recorder’s office to commence the foreclosure process, and the process does not need to go through the courts.

The remaining 25 states allow both judicial and non-judicial foreclosure, though some have tendencies toward one practice or the other.

“Some states allow both judicial and non-judicial foreclosures and there are states that allow judges to have enormous discretion as to how to handle a foreclosure.”

About Dana Ash-McGinty 172 Articles
Dana Ash-McGinty is the Principal Broker of ASH | MCGINTY, a Washington, DC Real Estate Brokerage. This real estate maven has 15+ years experience in residential, commercial and land sales in addition to multi-state residential renovation, re-zoning, and condo conversion projects. A sought after real estate authority, she has been featured on CNN and in various real estate and financial publications. Dana is married to the highly esteemed Dr. Dana W. McGinty, a Washington, DC based internal medicine physician. They are often referred to as "The Danas".
Contact: Website Facebook Twitter 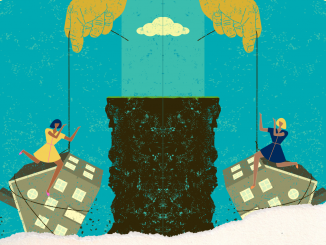